...a safe place to grow together in love for God, others and the world

We are part of the Baptist Union of Great Britain.

Baptist churches are found in almost every country in the world. As part of the world-wide Christian church, Baptists form one of the largest families of faith, alongside other trinitarian Christian traditions such as Anglicans, Methodists, Reformed, etc.For Baptists the concept of a family is important. The church is not so much a particular place or building, but rather a family of believers, committed to Christ, to one another and to the service of God in the world.

We are also part of the Northern Baptist Association.
The Northern Baptist Association is the Baptist family in the North of England. We are 51 Baptist churches serving about 3,000 members from Redcar to Great Asby near Kirkby Stephen and from Northallerton to Berwick. Three of our churches are also members of the Independent Methodist Connexion.
There have been Baptist churches in this area for over 350 years, but far from being static and complacent we continue to engage in mission and church planting. Thirteen of our churches have been started since 1950, and two of our churches have established three separate churches in recent years. We support a pioneer work in Wooler and are looking to engage in other pioneer situations.

Because it's important to work with other local churches we are part of Berwick Churches Together. 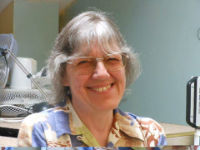 Our Churches Together rep is Gillian Daniel. Gillian writes:

"Churches Together in Berwick meet every odd calendar month to share news and give support for events. We may 'do' our services differently but share a common goal fulfilling Jesus commission and seeking the 'peace and prosperity' of our town.

Throughout the year we show our presence with a joint witness:

Please ask me for any more information."

The Evangelical Alliance (EA) is the largest and oldest body representing the UK’s two million evangelical Christians. For more than 165 years, they have been bringing Christians together and helping them listen to, and be heard by, the government, media and society.